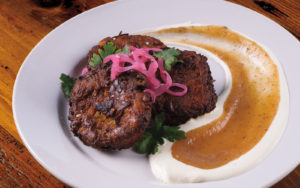 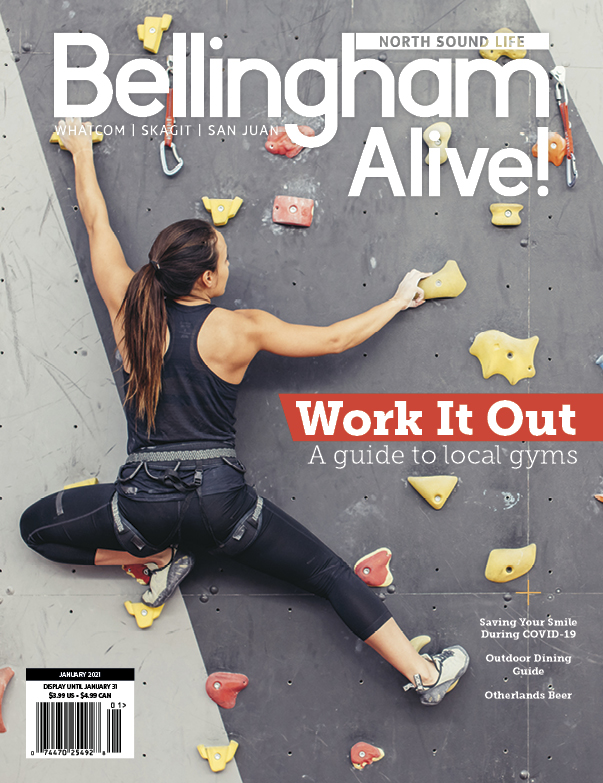 Karolina Lobrow and Ben Howe, co-owners of Otherlands Beer, come to their new venture with years of experience in the industry. They met while working at Cambridge Brewing Company in Boston. Howe eventually started his own “offensively small” brewery, but it was their experiences overseas that truly imprinted on them.

After selling his brewery, Howe worked at a rural brewhouse in Denmark. Like others he visited while in Europe, the brewery served a limited number of tried-and-tested beers, focusing the rest of its attention on hospitality.

With Otherlands Beer, Lobrow and Howe seek to bring a similar model to Bellingham. Their hope is to offer a space that feels more like a living room than a sterile warehouse, with beers that strive for quality rather than quantity.

The brewery opened in late June of 2020, on Humboldt Street just north of Homeskillet. Despite the setbacks of COVID-19, it has received a warm welcome from the Sunnyland neighborhood and beyond.

Keeping in the theme of small European breweries, the menu features only six beers — half ales and half lagers — some of which you’re unlikely to find anywhere else.

Favorites include the Household Gods, a pale kellerbier (a style of Bavarian lager dating back to the Middle Ages), and the Haladuda Specjal, an unfiltered Polish pilsner.

The Illumination, a fresh and juicy American saison, is also available in bottles to take home.

Chef Noelle Keyes brings experience from Homeskillet, The London Plane, and Goldfinch Tavern at the Four Seasons Hotel in Seattle.

An easy favorite is the Perogies ($13), filled with farmers cheese and potatoes or mushrooms and sauerkraut. With a chewy texture and house-made crème fraiche on top, they’re extra satisfying and go perfect with a pint of beer.

Those who love flavorful sauces and dips will be right at home. The Street Frites ($8) come with a side of Belgian Joppiesaus, a unique mayo-based sauce spiced with curry. The Falafel Delux ($13) is served with jalapeno crème fraiche, and the Latkes ($8 half, $11 full) come with lemon thyme apple butter and sour cream. As a long-time latke lover, I have to say these ones are perfect.

For something fun and shareable, the Farmhouse Platter ($12.50) features local cheeses from Twin Sisters, in-house pickles (including a pickled egg), house-made hummus, and bread.

This winter, you can also expect warm, European-inspired dishes like goulash, borscht, and shakshouka.

A Prettier Place to Drink

When it came to designing the space, Lobrow took the lead. At first, she worried the café felt too feminine, with flowers, candles, and pastoral wicker-bottomed chairs. However, she now embraces the brewery’s softer side, and sees it as a manifestation of women finding a greater foothold in the beer world.

“You see so many more women involved…and yet I still think there’s a ton of room for growth… how places look or feel, or the type of beer that’s made. I’ve been thrilled by the response both from men and women,” she says.

For more like this, check out our Taste section here.

Sips of the Season 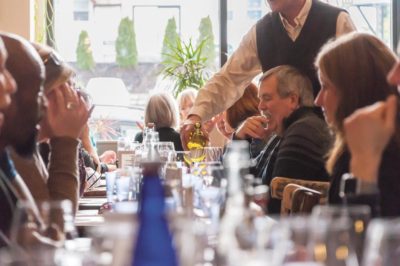 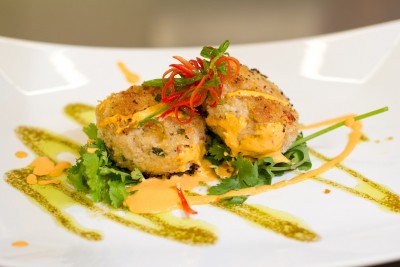 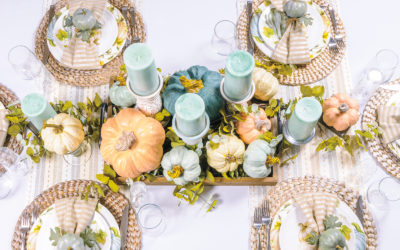