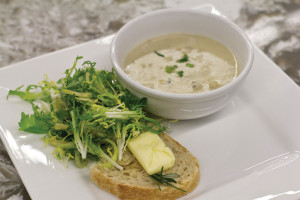 Located just north of Bellingham, BelleWood Acres is a charming U-Pick apple orchard and pumpkin patch that, on clear days, offers excellent views of Mt. Baker. John and Dorie Belisle planted the farm in 1996, and it was the first Salmon Safe certified orchard in the state. In 2011, they built the 14,000-square-foot building that houses a country cafe, farm market, and distillery. Many of their products, including fresh produce, apple syrup, and award-winning gin, brandy, and vodka, were featured ingredients in the evening’s dishes and cocktails. Crave Catering is a frequent collaborator with BelleWood Acres, and is available for catering parties, events, and weddings. Crave Catering also serves private events at Bellewood Acres.

With Valentine’s Day right around the corner, the incorrigible John Belisle emphasized that many of the items on the evening’s three-course menu were aphrodisiacs, among them, oysters, vanilla beans, and chocolate. He kept the crowd laughing throughout the night with colorful jokes. And it’s a good thing for all of us that his wife, Dorie Belisle, was there to keep an eye on him. Though at times even she appeared to have her hands full and could be heard muttering, “Oh heaven help me!” Warm, personable, and knowledgeable, the duo shared stories about farming and distilling. I left feeling as if I’d made new friends, though of course, the vodka could have had something to do with that.

The first dish Chef Hawkinson prepared was a creamy Northwest Oyster Stew with oysters, leeks, fennel, potatoes, and roasted garlic. It was served alongside a frisée made with apples. BelleWood Acres gin starred in the soup, the salad dressing, and the GiGi Cocktail, for which John Belisle recruited an intrepid audience member to assist in mixing. The next course was a mouthwatering Braised Apple Pork Shank with creamy polenta and apple mirepoix, served with a cocktail of Eau de Vie and BelleWood Bubbly. The finale was a Raspberry Tartlet topped with vanilla bean infused whipped cream and served alongside sipping chocolate mixed with BelleWood Raspberry Vodka.

Audience members took advantage of the opportunity to ask Chef Hawkinson questions about cooking techniques and ingredient selection. He suggested using grapeseed oil in salad dressings instead of olive oil, because of grapeseed oil’s neutral flavor and smoke point. He demonstrated the proper way to use an oyster knife and shared about the inspiration for his pork shank dish, classic Italian osso bucco (bone with a hole). Best of all, he included a recipe for what he calls “magic dust,” a versatile spice mix he prepares ahead of time with spices he frequently uses, and a genius idea that I’m sure to adopt in my own kitchen.

All in all, it was a delicious, laughter-filled evening that warmed our spirits on a cold, rainy night. 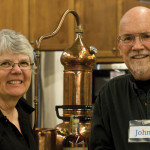 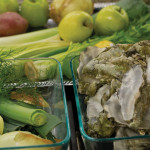 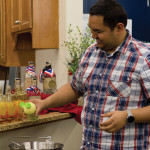 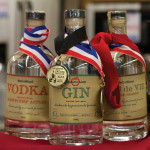 "All in all, it was a delicious, laughter-filled evening that warmed our spirits on a cold, rainy night." 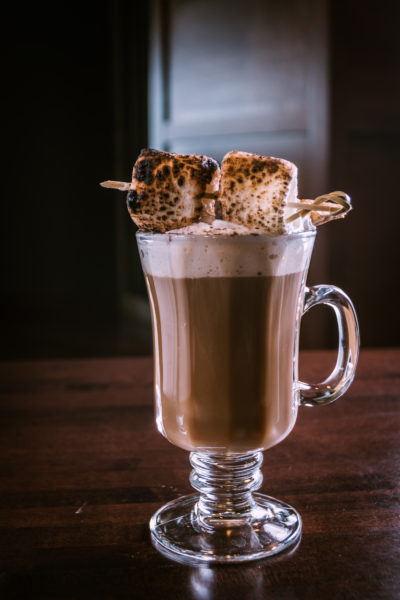 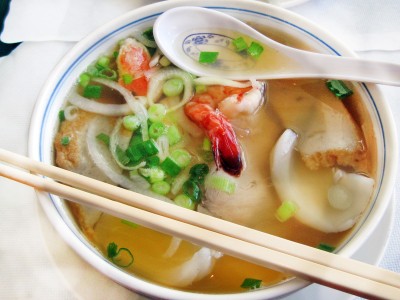