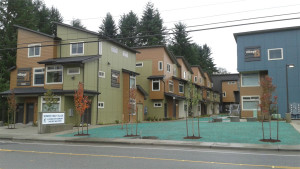 For ten low-income families, Housing Hope meant the opportunity to work toward building their own homes in Snohomish’s Rose Park neighborhood. Numbering 17 adults and 24 children, the group logged 1,500 hours of labor through the sweat equity program Team HomeBuilding. Their friends and families joined in to add 6,000 additional hours of labor. The families opened the doors to their new homes in March 2014.

For a woman who was homeless and nine-months pregnant, Housing Hope meant a home to return to after leaving the hospital with her newborn baby, a place where she could adjust to motherhood. Several months later, it also meant attending a life skills course through Edmonds Community College and participating in a 12-week intern – ship at ReNewWorks Home and Décor, a HopeWorks Social Enterprise. At  the conclusion of her internship, she secured a job and three months later earned a promotion and a raise.

For a young mother, Elisabeth, Housing Hope meant a place to stay after ending an abusive relationship, which caused her and her children to become homeless. She enrolled in the Creating Access to Careers in Healthcare (CATCH) program and, afterward, in a medical billing program. She also participated in parenting skills courses through Housing Hope’s College of Hope. When Elisabeth shared her story online, she wrote, “Housing Hope gave me more than shelter, it has given me a sense of belonging as well as room to grow not only as a mother but as a young woman. I have proudly given my children something I had craved as a child: stability and a focused life.”

For many individuals and families in Snohomish County, Housing Hope continues to mean shelter, safety, stability and so much more. Case managers connect them with resources and help them set goals. They are empowered with the knowledge, skills, and experience they need to achieve self-sufficiency.

Nearly thirty years ago, the North Snohomish County Council of Churches formed a task force to respond to the growing problem of homelessness and a lack of affordable housing. At the time, emergency shelter providers operated at capacity. In 1987, shelters served 2,649 individuals, but turned away 3,670 others. After researching and networking, the council formed a housing development agency inspired by the model of service enriched housing.

Today, the Everett-based Housing Hope manages 398 units in 20 housing developments. Through the Team HomeBuilding sweat equity program, 267 families have built their own homes. Last year, more than 1,000 people from 300 homeless or low-income families participated in Housing Hope’s housing programs. Not only that, but Housing Hope cites a 90 percent success rate for participants who complete the transitional housing program and go on to secure longterm, stable housing.

Sara Haner, events and marketing manager for Housing Hope, explained the organization’s areas of focus. Haner said, “We work tirelessly to break the cycle of poverty and homelessness by innovating in three main areas: homes, jobs, and children.”

Among Housing Hope’s innovations, the College of Hope has operated since 1999. In addition to life-skills training, it offers transportation to classes taught by local instructors, a warm meal, and childcare. Residents of other affordable housing programs in Snohomish County are also welcome to attend.

In order to meet the needs of children who are emerging from the traumas of homelessness and food insecurity, Tomorrow’s Hope Child Development Center enrolled 175 children from 117 families last year. Almost half demonstrated at least one developmental delay when they enrolled, but after six months, 85 percent had achieved or were progressing toward developmental targets. Most encouraging, fully 100 percent of pre-K and Head Start children were assessed as “kindergarten ready” before they started school.

In October 2015, the organization’s newest and largest project, Monroe Family Village, opened. It added 47 total residential units, including 37 affordable rent units for lowincome families, and 10 Service Supported Homeless Housing units for families who are transitioning out of homelessness. It also functions as a regional service center that delivers critical social services for all Housing Hope residents living in the Skykomish Valley cities of Sultan, Monroe, and Snohomish. “The completion of the project itself is a very significant accomplishment,” said CEO Fred Safstrom in a press release. “But its importance lies with the families with children that last night were homeless, but tonight will have a home.”

This year Housing Hope will break ground on a development project north of Smokey Point, called Twin Lake Landings. Dan Nelson, owner and principal architect of Designs Northwest Architects (whose work is frequently featured in our Habitat section), is designing the project in collaboration with HKP Architects of Mount Vernon. Nelson said that they are exploring alternative construction models for cost and energy efficiency, including modular construction and a passive design. “Housing Hope just continues to evolve and grow,” Nelson said. “It’s an amazing story.”

This will be the second project Nelson has designed for Housing Hope. He worked on a 28-unit project in Stanwood several years ago. “I’ve heard the Stanwood project really evokes a strong sense of community. We implemented a courtyard concept, with units that surround a courtyard space, a park, and gardens,” he said.

Under Nelson’s leadership, Designs Northwest Architects has also volunteered to support fundraising efforts, including designing a modern playhouse with a green roof and climbing wall, called the Mod Pod. Gaffney Construction donated materials and labor to build the house. All the proceeds from the sale of the finished Mod Pod benefited Housing Hope. In all, more than 500 volunteers supported Housing Hope through the donation of 4,502 hours of time last year.

Haner said that there remain many misconceptions about homelessness in Snohomish County. “I think often people picture a single person standing on a corner when they think of homelessness, but really the issue we see frequently is the problem of families living in cars or couch surfing, families turning to soup kitchens for their meals,” she said. “Homelessness is everywhere. These are your neighbors.”

Thanks to Housing Hope’s decades of experience in addressing the complicated problem of homelessness in Snohomish County, thousands of our neighbors have places to call home and hope for change. 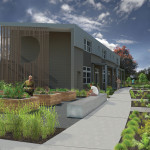 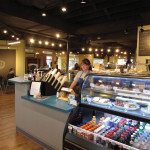 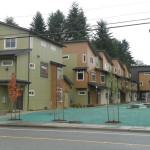 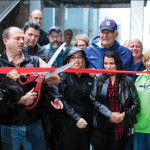 "For ten low-income families, Housing Hope meant the opportunity to work toward building their own homes in Snohomish’s Rose Park neighborhood. "

Edmonds: The Heart of the Arts

From Hard Knocks to Helping Hands 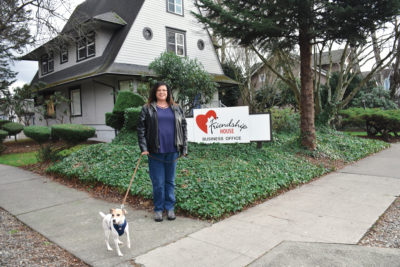 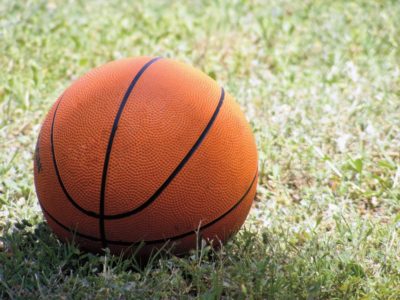