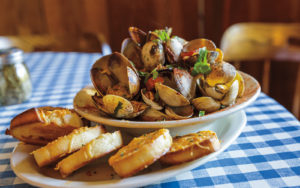 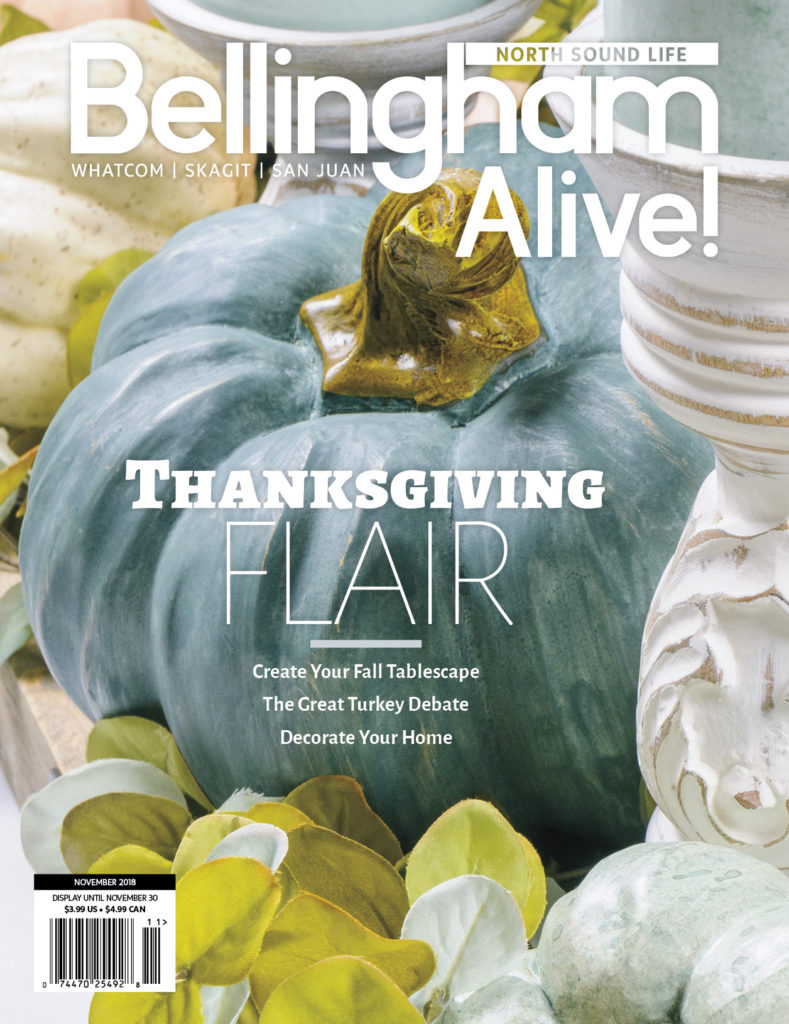 You pack your gear, family and friends into a car before heading out to enjoy all the winter activities the Mount Baker area has to offer. But after hours of snowy fun, everyone’s mind will turn to the next meal, and it can be more than an hour’s drive back to Bellingham, even farther if your home is in Skagit County. But part of the remote Mount Baker Highway’s charm is that chain restaurants don’t really exist. Yet plenty of good food does, some of it in places that have been part of the landscape for decades. But how do you know where to go for a bite after snowshoeing in the wilderness, sliding down the slopes, or burning major carbs Nordic skiing? When it comes to good eats on the Mount Baker Highway, also known as State Route 542, we have you covered. Read on.

The original owners, Tom and Jeannie DeBari, handed Milano’s over to Sam and Nancy Hassan in 2015 after 25 years of operation. Together, the Hassans took it upon themselves to restore the restaurant to its original splendor, renovating the entire interior and revamping the menu. Today, Milano’s is known for its accommodating staff, extensive bar and wine selection, and its delicious, authentic Italian food. People will travel great lengths just to get a taste. “We have people who will leave Bellingham, drive all the way out here to eat, turn around, and head back into town,” Sam says of the almost-hourlong drive to Glacier, the last town before the big climb up to the Mount Baker Ski Area. After a long cold day of snowshoeing, what’s better than warming up with a steaming plate of homemade pasta?

Perfect Pairing: Milano’s is proud to offer a selection of more than 90 different wines to try—a bold red would complement the hearty lamb Toscana dish beautifully.

Did You Know? Owner Sam Hassan once owned a cocktail glass collection of more than 1,500 different glasses. Of those, 500 of them were unique, he says. He has since sold most of them, but continues to use a few at Milano’s.

For 15 years, Wake ‘n Bakery has been a staple rest stop along the Mount Baker Highway. If you’re in need of a sweet treat and a hot coffee to bring the feeling back into your cold-numbed fingers, this will fit the bill. Owners Court and Rebecca Andersen initially thought the restaurant would be a simple coffeehouse with a few baked goods, but it has expanded to include a full breakfast and lunch menu. “In the morning you can come in for a great cup of coffee, a hot protein breakfast, and be out the door in five minutes,” Court says. Whether you’re traveling to or from the mountain, watch for their signs as you pass through Glacier, since the café is about a block behind and west of Milano’s.

Must Try: Savor a soft, warm snickerdoodle cookie ($2) or order their delicious bacon breakfast burrito ($8) before the morning crowd gobbles them up.

Perfect Pairing: Wash down your breakfast with anything from their coffee menu—Wake ‘n Bakery has used the same coffee since their opening day. It’s from a company in Bend, Ore., called Strictly Organic.

Did You Know? Wake ‘n Bakery began as a small coffee cart in a ski shop across the street. It became so popular they needed to expand, so Court learned how to bake his own recipes and they opened the cafe. Neighboring restaurants like Chair 9 and The North Fork Brewery also sell baked goods from Wake ‘n Bakery.

After a long day of skiing or snowboarding from the eight chair lifts Mount Baker has to offer, Chair 9 is tailor-made for those seeking a place to grab a bite before heading back down the highway. The building is spacious, with two stories of seating and a colorful variety of snowboards decorating the wall. Their pizza is crafted on house-made artisan bread dough and cooked classically in a wood stone oven. Kitchen manager Joshua Veach says he began changing the recipe around two years ago. “I’m an artisan baker, and so I took my skills and designed our pizza more in that direction.” The restaurant’s relaxed atmosphere and delicious menu make it a destination to try on your next trip to the slopes.

Must Try: If you didn’t guess, pizza is a well-known specialty. The Hemispheres pizza is a local crowd favorite, topped with BBQ chicken, crispy bacon, spicy jalapenos, red onion, and sweet pineapple (the 12-inch is $18.95).

Did You Know? Chair 9 is a welcoming stop for everyone, even those who live in the limelight. Chair 9 has seen appearances from various pro snowboarders who traveled to Mount Baker, including Jamie Lynn, one of snowboarding’s most influential figures. Actor Jeff Goldblum also stopped in recently while filming a commercial along the highway.

A classic, rustic stop for a good burger and brew in Glacier. Built in 1904, the building is a representation of an era long gone for the Mount Baker wilderness. Connected to an old-timey grocery store, the cabin-like restaurant comes complete with black-and-white photos of the cast from the 1935 film, “Call of the Wild,” starring Clark Gable and Loretta Young, warming their hands over the little stove oven which sits there today. Jeni Eggen has been a bartender at Graham’s for a year. She recognizes the allure people have for a place with the past captured within its walls. “There is so much history in this the building itself,” Eggen says. “It’s incredibly quirky.”

Must Try: Appropriately named, the Baker burger is a go-to menu item for hungry travelers. A generous patty is topped with gooey melted cheddar cheese, crispy onion rings, a brushing of BBQ sauce, and bacon, along with burger classics tomato and lettuce ($13.95).

Perfect Pairing: You simply can’t go wrong with a beer and a burger, and luckily Graham’s keeps many local brews on tap. A frosty glass of Boundary Bay or Kulshan beer pairs wonderfully with a hot burger and fries.

Did You Know? Graham’s used to offer guests the opportunity to cook their own burgers and steaks outside the restaurant. People could also purchase brown-sack lunches to take with them up to Baker for their day.

Pizza and beer is a pairing that truly stands the test of time. At Deming’s historic North Fork Brewery, which opened in December of 1997, the two remain as strong as ever. The North Fork’s brews are made in small batches by their long-time brewer and his custom draft system. One of the newer additions is owner Jim Green, also owner of Diamond Jim’s Grill in Bellingham, who took over from Sandy and Vicki Savage a little over a year ago. “I’m really the only thing that’s changed here,” Green jokes. “Even the menu is fundamentally the same. I’ve tried not to change what was working well.” The old-style pub feels homey and familiar, with quirky decorations like a glass wall encasing rows and rows of beer bottles. It’s a warm, inviting place to escape the biting temperatures outside.

Must Try: The spicy ale clam steamers are a secret favorite of the local regulars. Fresh Manila clams are brought in twice a week and steamed to perfection with garlic, chipotle, tomato and cilantro ($15).

Perfect Pairing: Enjoy the steamers with an Electric Berryland Sour Ale created by award-winning brewer Eric Jorgensen, who has worked for The North Fork since 2000. The Berryland contains local raspberries from Lynden along with aged hops with Pilsner malt and wheat. It has a tart, fruity finish and a beautiful dark pink color.

Did You Know? The North Fork Brewery building, which is more than 100 years old, used to be a gas station. Under the floor of the lower section of the dining room was a car bay, where mechanics would lay to work on the underside of cars.

"When it comes to good eats on the Mount Baker Highway, also known as State Route 542, we have you covered." 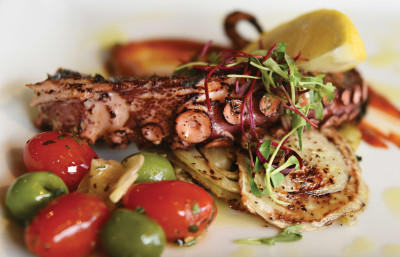 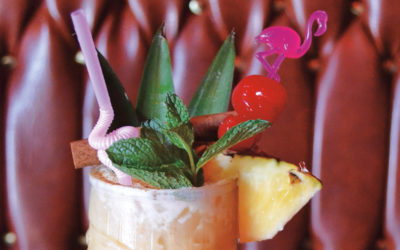