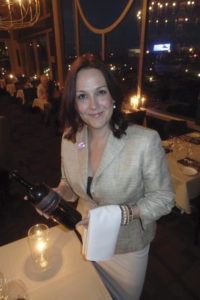 As with so many industries, the upper echelons of the wine industry were traditionally reserved for men. The past two decades have brought with them significant change, and the world of wine is becoming more inclusive. Washington wine pioneers like Nina Buty, Mary Derby, Eve-Marie Gilla, and Kay Simon have personally witnessed the shift away from male-only wine events, vineyard management, and seminars. Join us in raising a glass to the women who prune, pick, crush, and bottle some of the best wines in the world right here in Washington State.

What began as a waitressing job turned into a full-blown wine directorship for Victoria Antilla. For those in the service industry, Antilla’s story is an inspiration. “As many people in restaurants do, I started as a teenager waiting tables. I worked to support myself.” Back when she started, women weren’t hired in steakhouses as servers. Undaunted, Antilla pressed on, interested in the wine aspect of bartending and waitressing, and worked her way into full-service restaurants with extensive wine programs. She taught herself the industry, the particulars of what goes into winemaking, and the nuances of tasting. “Back then, wine was still very corporate. Not that it was bad, but there were just a few producers sold at restaurants. It was very one-dimensional.” Things began to change as the wine industries in California, Washington, and Oregon evolved. By 2002, Antilla was the one at her restaurant who knew the most about wine, so the wine stewardship fell to her. Not that she minded. “The management staff didn’t know anything about wine, and I did. So it was mine.” Even so, she didn’t get to choose which wines the restaurant would buy. She found the constraints challenging.

As the industry grew, so, too, did Antilla’s career. When the wine directorship at Schwartz Brothers came up, she applied. She didn’t make it the first time, but after educating herself in geology, history, chemistry, and botany, she was ready for it the second time it came around. She applied and has since won awards for her excellence in tasting and selection. She’s now one of the most prestigious wine directors in the state. “I was a blue collar kid from Mountlake Terrace, and you hang out with these amazing, creative people. I wanted to be part of that world.” She tasted her first great wine and was hooked. “It was a Chateauneuf de Pape. The combination of the taste and the history—so much goes into a bottle—the wine was alive.” She is in love with the “ologies” that go into wine, from the chemistry, to the geology, to the botany. “I love that everything you taste is tied to a chemical. It’s amazing.”

One of the unique challenges in Antilla’s job description is that she has to match particular wines with the tastes of the patrons of a particular restaurant. She is kind of a Tinder for restaurants, pairing their clientele with the right wines. “I don’t want to buy a bunch of wine that will sit on the shelf.” Her selections have to land well with the customers, and with the considerable long line of wine critics who  may happen by. It’s a delicate balance to keep everyone happy, but Antilla is good at it.

Young women starting as sommeliers and wine directors today have some advantages that Antilla didn’t have, but the change among wine consumers is slow. “There are still guys who send away a female sommelier and ask for a man.” She sees a lot of women working the floor as wine stewards—more than  she used to. And that’s encouraging. “It begins in the kitchen. In the short amount of time I’ve been  working, it’s become normal to see a woman in the kitchen. Everything flows from there.”

It’s not a surprise that Antilla is a huge success. She has won Wine Spectator’s Award of Excellence every year since 2008 and won the Best Award of Excellence in 2015. Challenges, constraints, misogyny— Antilla has stuck it out in a career that not just anyone can survive, and has done so with intellectual curiosity, grace, and energy.

"Antilla has stuck it out in a career that not just anyone can survive, and has done so with intellectual curiosity, grace, and energy."

Become a Believer with The Bigfoot Adventures 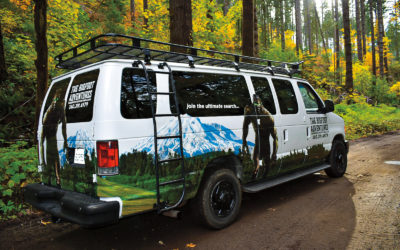