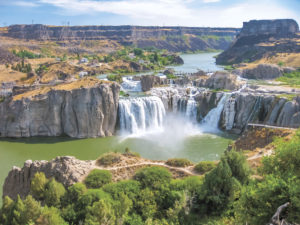 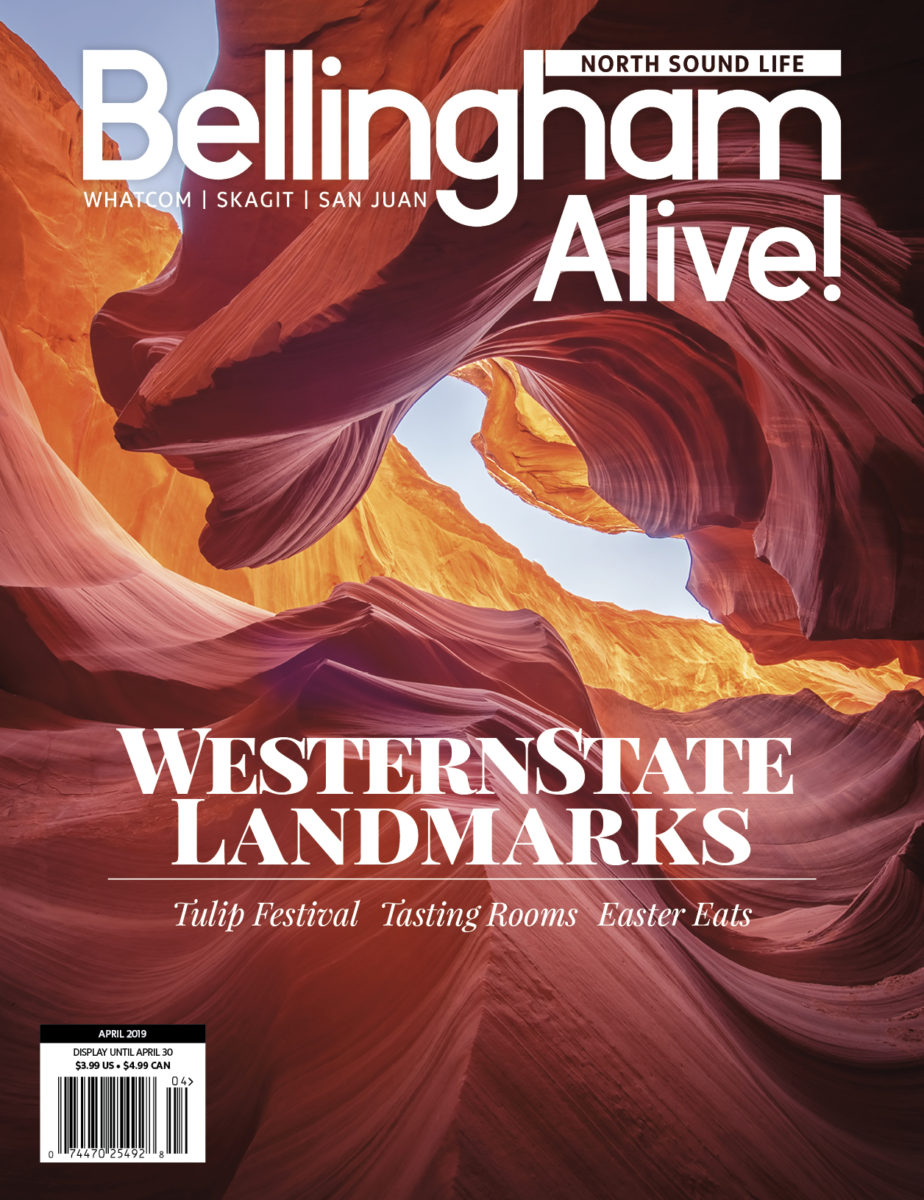 It’s a big country. Come along as we explore some of the most well-known, and maybe not so well-known, places in our vast Western states: Alaska’s Kenai Fjords; Yellowstone and the Grand Tetons; the Grand Canyon; Joshua Tree and Zion national parks; Hoover Dam; Arizona’s Antelope Canyon; Idaho’s Shoshone Falls. Some you certainly have heard of, others not. But what they all have in common is the capacity to astonish, especially if you’re seeing them for the first time. Included is information on how to get there from Bellingham or Seattle, and other valuable travel tidbits. Happy trails.

Spectacular waterfalls abound in Idaho, but the granddaddy of them all is Shoshone Falls, known as “The Niagara of the West.” But it out-Niagaras its world-famous counterpart — at 212 feet, it is 45 feet higher than Niagara Falls. When it’s running full-bore, it’s nearly 1,000 feet wide, one of the largest natural waterfalls in the U.S.

The water source for Shoshone (pronounced “show-show-nee”) Falls, located about three miles from the city of Twin Falls in southern Idaho, is the Snake River. The best time for viewing the falls in all its frothy majesty is spring, when Snake River snowmelt is high and irrigation and hydroelectric needs haven’t diminished the falls’ water flow, which can reach as high as 20,000 cubic feet per second. In summer, unsuspecting visitors will be disappointed to see the falls vastly reduced to as little as 300 cubic feet per second, the minimum “scenic flow” required of the local utility from April through early September. Summer is also when irrigation requirements are highest for the area’s arid farmlands.

Shoshone Falls, a natural dead-end for migrating fish like salmon and steelhead, is named for the Lemhi Shoshone people, or Agaidika, native for “salmon eaters.” The falls were carved in lava-injected basalt more than 14,500 years ago during the ice age floods, when Lake Bonneville overflowed, releasing a colossal flow of water that in mere weeks formed the Snake River Canyon and the falls.

Shoshone Falls and nearby Dierkes Lake, a favorite area swimming hole also featuring hiking and fishing, draw more than 300,000 visitors annually. Besides great views of the falls, Shoshone Falls Park, operated by the City of Twin Falls, also offers recreational facilities like hiking trails, picnic and swimming areas, and a boat ramp. Bike or hike the Canyon Rim Trail, accessible from the park, for a different view of the falls.

Getting There From Bellingham

Raft some whitewater
Hang onto your paddles on the Snake River. You have your choice of several trips with the owner-operated Idaho Guide Service, which has been around for 35 years.
idahoguideservice.com

Mountain bike
Auger Falls trails are located in the Snake River Canyon in Twin Falls, where you can find trails for all abilities. Indian Springs trails, on Bureau of Land Management property, are for more experienced bikers. visitsouthidaho.com

City of Rocks National Reserve
This backcountry “silent city of tall spires” is a rock-climber’s dream and fun for hikers, campers, sightseers, and history buffs.
nps.gov

The Snake River is famous for American motorcycle daredevil Evel Knievel’s failed 1974 attempt to “jump” the river in a rocket about a mile from Shoshone Falls. Knievel’s drag chute deployed early, and he drifted before eventually crash-landing on the riverbank, suffering only a broken nose.

"Spectacular waterfalls abound in Idaho, but the granddaddy of them all is Shoshone Falls, known as 'The Niagara of the West.'"

The Unexpected Joy of Language Learning