Wonder what happens when art and science mix? Hop the next ferry over to San Juan Island to find out. Here, the mysterious underwater world of the Puget Sound surfaces in the photographs of two people: local scientist-turned-artist, Adam Summers; and photographer-turned-conservation advocate, Susan Middleton. On first glance, the sea creatures in their photo – graphs are simple —simply strange and simply beautiful. But what these creatures reveal is anything but simple. Quirky, stubborn, inspirational. Words like these com – monly describe humans, four-legged furry animals, beloved orca whales —not spineless creatures that look sometimes like aliens, sometimes like vegetables. But these are exactly the words that Susan Middleton uses to describe the creatures in her photographs. “These are small creatures with big atti – tudes,” Middleton said. Attitudes, which, as an artist first and foremost, drove Middleton to try to capture “the character of an individual organism” rather than an entire species. There are 50 photo – graphs in Middleton’s show, Spineless: Portraits of Marine Invertebrates, The Backbone of Life, and 40 of them feature organisms living right here in local waters. All it takes is one look to see that each portrait reveals a unique personality.

“A scientist might look at them differently,” Middleton wrote in her diary, but “I’m looking for visual character… behaviors… how each animal expresses itself visually.” While many people think of crab or octopus as appetizing, if at all, Middleton looked at a juvenile Pacific giant octopus and felt affectionate. Gazing into its tiny eyes, she recounts that it looked back at her. “It’s clear I was being perceived,” she wrote in her book, Spineless: Portraits of Marine Invertebrates, The Backbone of Life. “You look at an octopus,” she said in one lecture, “and you know someone’s home in there.” And the longer she looked, the more she discovered. A flatworm, for instance, which appeared to be little more than a brown blob at first glance, became a “living sculpture” that was “full of life and change and growth.” In these terms, Middleton’s observations as an artist are not so different from Adam Summers’ observations as a scientist. But before Summers reached for his camera, he applied special dyes and enzymes to his marine specimens to clear away outer layers of cartilage and scales. What remained was no less colorful and architecturally stunning than Middleton’s images of live invertebrates—and no less revealing. Studying the acidic red- and blue-stained skeletons headon in his lab, Summers was able to focus on the “evolution and function of systems that helped these specimens move, eat, mate, breathe, grow.” But, says Summers, it’s the artistic, angular poses that “bring life to the skeletons.” Though the artistic poses are not useful for scientific research, this is far from a conundrum for Summers. In fact, he embraces the artistic—and particularly, poetic—aspect of science. Biologists and poets are both after “a deeper understanding of things,” said Summers, and both “spend a lot of time naming and organizing things” as a means to achieve this goal. A goal that Summers achieved—with the help of poetry from poet, Sierra Nelson—in his photography show Cleared: The Art of Science. Each of his 14 photographs is accompanied by a biologically descriptive poem that “helps tell a story,” particularly to people who don’t already know the science behind it. Summers may have a doctorate in biology and undergraduate degrees in mathematics and engineering, but he admitted that “the further you get from science, the more that people can get into it.” And here on San Juan Island, delving into the murky depths of the Puget Sound is easier than ever, thanks to the seamless integration of art and science. Visit the San Juan Islands Museum of Art through August to see the simply beautiful sea creatures in Middleton’s images, or sign up for one of two workshops she’s hosting here in June and July to experience the art of marine photography firsthand. You can also view Adam Summers’ photographs and read about his research at picturingscience.com 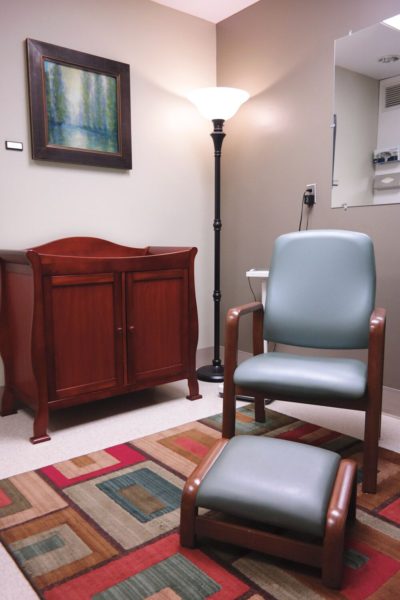 Vibrant Mount Vernon: Not Just for Tulips Any More 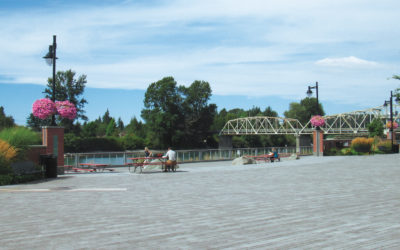