The Legend of Snohomish Slew

The legend of the Snohomish Slew begins long ago in the Big Apple with a big frog and an even bigger dream. The Slew was an American bullfrog who lived in a stream. He spent his days imagining a land of luscious green, with a mild climate and tasty bugs. The other frogs thought, “He must be on drugs.”

He heard whispers of such a land in the Pacific Northwest, so Slew took a leap of faith and began his un-frog-ettable quest. As he hopped along he met friendly creatures every day. They all knew of the land Slew was searching for and helped him find his way. Finally Slew’s frogtastic journey came to an end, on the shores of the Snohomish River bend.

The City of Snohomish celebrates Slew’s incredible journey at the beginning of each year with an event called GroundFrog Day. It is the West Coast version of Groundhog Day, with a ribbiting twist.“It’s important to us because whereas Groundhog Day is based on myth, GroundFrog Day is based on fact,” Darrell Charles, event publicist, said. Bullfrogs are an indicator species, and the males begin to croak when it’s time to find their princesseses. Their croaking sounds announce the beginning of spring.

On GroundFrog Day, Snohomish Slew is the frog of honor and serves as the official Frognosticator Extraordinaire. If he croaks, then spring has sprung, but if he stays silent there will be six more weeks of winter. Other special guests in attendance include Princess Amphibiana and the frogs of Kla Ha Ya Days, Tad and Lils.

“[Slew] gets an elegant ride down to the stage where there is a gazebo,” said Thayer Cueter, Slew’s official hander. “Everybody is waiting to see him, and we get out of the limo, and that’s how his day starts.”

On the day of the big frognostication, businesses in Snohomish’s historic downtown get toadly decked out with frog decorations. Even Slew gets into the spirit of the celebration donning festive “bling” in honor of his prediction.

After making his frognostication, Slew spends time meeting doting fans, posing for photographs, and kissing ladies in hopes of turning into a prince. “He’s adorable, actually, you pick him up and he knows he’s supposed to sit there for a photo,” Cueter said.

During the rest of the year Slew spends his days at Cueter’s Just Frogs Toads Too and Friends Amphibian Center. He watches people visit and eats crickets. He has his own sleeping cage, exercise cage, and swimming pool to keep himself in shape for GroundFrog Day. “We call [Slew] the best kept bullfrog in the world,” Cueter said. “He is very special, very pampered.”

Slew was originally discovered and rescued by a family in Marysville who brought him to Cueter. Bullfrogs are an invasive species in Washington State and are to be disposed of if found, so becoming the Snohomish Slew was his lucky break. This will be Slew’s second year as the guest of honor on GroundFrog Day. He is not quite full grown yet so he has been fattening up in preparation for the season, eating 30 to 50 crickets each day.

“[The event] sets the stage for me every year,” Charles said. “It makes me happy to be in Snohomish.”

GroundFrog Day began 11 years ago in 2005, and was originally meant to be an event to promote Kla Ha La Days, Pam Osborne said. Osborne is one of the frogfathers of the event. Although she has attended many GroundFrog Days, her favorite memory is from the very first one.

She explained that her father and brother had owned a gravel pit and they decided to use one of their big dump trucks as Slew’s escort. They thought it would be hilarious to have this huge truck roll in and reveal a tiny little frog hopping out.

“It just so happened that the driver of the truck was a humongous frog freak; so he decorated the truck with all of these frogs that he had,” Osborne said. “My dad was in the crowd and he just thought that was the best thing ever, and he passed away the next year, so for me it’s been kind of a fun personal thing. I have a picture of him and the Kla Ha Ya frog together that’s just about the most adorable thing ever.”

"On the day of the big frognostication, businesses in Snohomish’s historic downtown get toadly decked out with frog decorations." 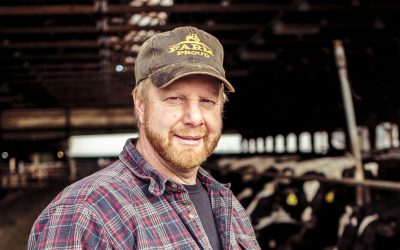