For me, Mother’s Day is a celebration of women’s capacity to love, generally, and mothers especially. Is there a more fundamental social building block in life? A mother’s love is fierce, yet tender, protective but honest, and simultaneously demanding and forgiving. Mothers teach what fathers often cannot, or do not—and for that, mothers deserve to be honored each and every day, not just on Mother’s Day. It doesn’t necessarily take a village to raise a child; it only takes a mother.

I first learned to love from my mother. No single person has had a greater impact on my life. Because of my love for her, I have always seen the world through the eyes of women. As we shared dinner recently on Mother’s Day, we talked of the past, reminiscing and comparing memories from our childhoods. We talked about the present, her health issues and the challenges of maintaining an old house at age 83. And we talked about the future, and life without her husband of 30 plus years. You would think from listening to her that she has lived a charmed life—not a negative word was said.

But I know better.

My mom is a simple woman. She wakes up each and every day with joyful enthusiasm. Years ago, I dubbed her spirit as the “happy gene.” She finds positives in almost everything and everybody. The smallest of things bring her joy, things most do not even see. I tease her that she would be just as entertained talking to herself, a friend, a stranger, a dog or cat, or even a fencepost. And while she is neither college educated nor particularly scholarly, she is wise. She understands feelings and emotions like few others. Her emotional IQ is her strength.

My mom is a simple woman. She knows how to suffer. Her needs are few. She wastes nothing. When faced with adversity, she can do more with less than anyone that I know. If I was setting out in a wagon train from Independence, Missouri in the 1800s, I would insist on my mom being in the lead wagon. Her resourcefulness is legendary within our family. Between her vegetable gardens, fruit trees, and “old school” ingenuity and frugality, we wanted for nothing as kids. We did not even know to want. No matter how severe the challenge, if you are with her, you know you will survive and feel like the world is wonderful place. She literally pulled us forward as kids through the difficult times by the sheer force of her resiliency and optimism, never once complaining.

My mom is a simple woman. Her concept of what it means to live has made her a pioneer, an outlier, and an inspiration. She ran foot races in the early 1970s when she may be one of only two women in the race. Twice, she summited Mt. Baker and the North Twin Sister. An avid kayaker and hiker, she has kayaked for weeks with whales in the desolate Queen Charlotte Islands and hiked for weeks with bears and the flora and fauna in the tundra above the Arctic Circle in Alaska. Over the course of her lifetime, she has led countless women’s backpacking groups into the Grand Canyon, and probably has spent a total of 6 months or more camping and hiking at the Grand Canyon’s floor. For her kids, and her seven granddaughters, she simultaneously sets an example of inner strength and the gold standard for womanhood.

My mom is a simple woman. The people in her life matter more than the things she owns. As the executive assistant to every Dean of Fairhaven College from the late 1960s until she retired, she was the face of Fairhaven College for decades of students. She was “Mother Fairhaven.” For over 20 years, she has been part of the same neighborhood work party that donates their skills and time to maintain and/or repair each other’s homes on a monthly basis. She may never have made more than $30,000 per year, but her life is rich with a cross-generational social hub of family, friends, former students and professors, and neighbors in the Fairhaven district, all of whom know her now as simply Pat, the relentlessly cheerful giver of massive hugs.

My mom is a simple woman. Frugal and grateful to a fault, she walked the Fairhaven district for years with my stepfather, picking up coins in the streets, on the sidewalks, and in phone booths. To her, a penny on the ground was wasteful. Their near daily walks not only became a fun, highly competitive marital contest, but because of their “waste not, want not” mentality, the Pat Karlberg Scholarship now awards an annual scholarship to Fairhaven College students who have demonstrated interest in the healing arts and alternative medicine. The scholarship fund is fully funded from coins on the streets of Fairhaven.

My mom is simply beautiful.

For more Ken Karlberg, check out our Final Word section.

"Because of my love for her, I have always seen the world through the eyes of women." 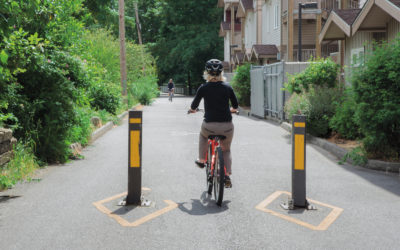 The Ins and Outs of the Top Knot 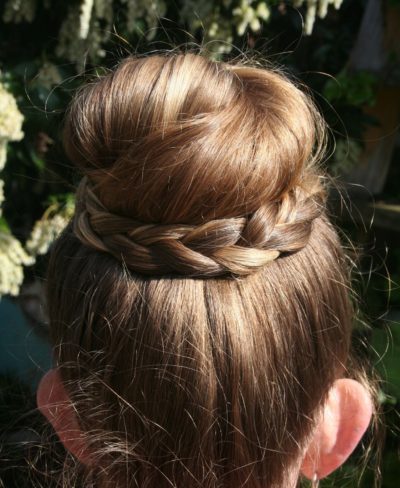