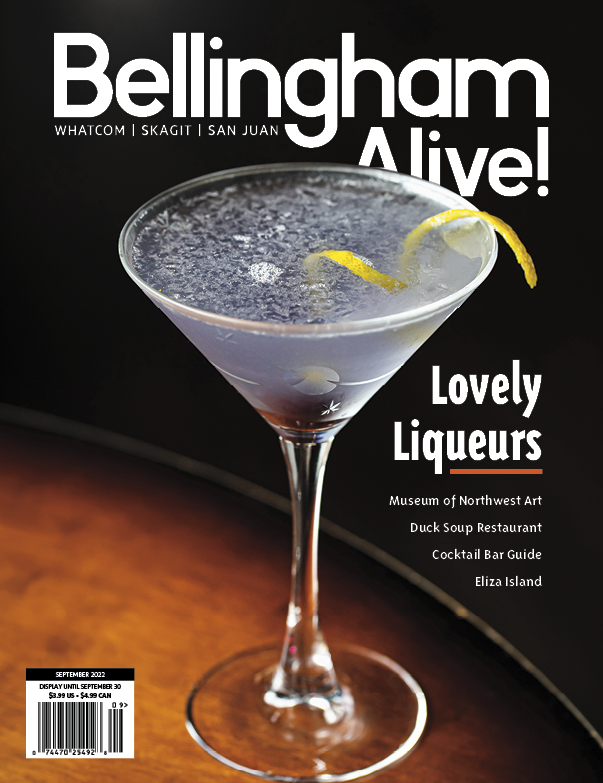 Tucked within Bellingham sit 65 miles of trails weaving throughout the rugged emerald Pacific Northwest forestry. Otherwise known as Galbraith Mountain, this biking hot spot is a quick cycle from downtown and has been recognized as the most popular spot for bikers in the entire state.

Among the sloped runs and the calf-burning hills, visitors are likely to find something even more special than breathtaking views of the bay.

The JoyRiders are a mountain biking club open to anyone in the community who identifies as female. In partnership with Whatcom Mountain Bike Coalition, the group’s goal is to hit the trails, make friends, and have a good time doing it.

Part of the group’s mission and purpose is to ride with “none of the pressure, all of the fun – we ride for the JOY of it!”

Molly Prentice became leader of the JoyRiders in 2021 after joining as a rider five years ago. After mountain biking for 20 years, she took some time off. When life brought her to Bellingham in 2016 and she wanted back into the biking scene, her biggest obstacle was not knowing anyone to ride with.

Everything changed when a flyer on a wall in Fanatik Bike Co. showed her exactly what she needed: a community.

“The main thing it did for me was give me people to ride with,” says Prentice. “I’ve made friendships out of it as well.”

Goals for the Dirt

Prentice says things evolved for the group this year after COVID-19 put everything on pause. Now a few new things have developed, including the plan to hold more rides than before.

“This year, the way that it changed is we had a few clinics over the winter,” Prentice says. “And then as far as our season goes, we’re actually going to have weekly rides instead of just two rides a month.”

During the May through September season, rides are announced a week in advance. When individuals sign up they are divided based on their skill level: beginner, intermediate, and advanced. Each group then has a designated front leader and an additional leader who acts as a sweeper for larger groups.

Rides average from  two to three hours and can include anything from cross-country, all-mountain to straight downhill; however, before a group takes off, rider comfortability is assessed along with some bike safety checks.

While everyone is welcome to the group, Prentice says there still needs to be a level of comfort with biking in order to keep the rides moving smoothly.

After this, it’s time to gear up and hit the dirt.

“Galbraith is one of the best mountain biking trail systems out there, and it is because of WMBC,” Prentice says. “They do so much advocacy, and they organize so much trail work, so the trails are maintained really, really well. So that’s something to look forward to, just going out and actually riding a good trail.”

With the group’s goal of creating an inclusive, supportive, and fun environment for all who want to ride, Prentice adds that a lot of the group consists of women who were once like her – in search of people to ride with.

“It’s to get women on mountain bikes and give them a space to ride with because it is really a different atmosphere than riding with males – just a different speed, a different kind of friendliness,” says Prentice. “And we wanted to provide that.”

Attorney at Law, Humanitarian at Heart