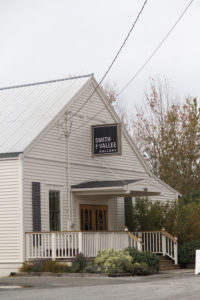 Mines and Utopias: A Tour of Area Ghost Towns

By : Frances Badgett | Photographed by: Kaity Teer and Kevin Cournoyer 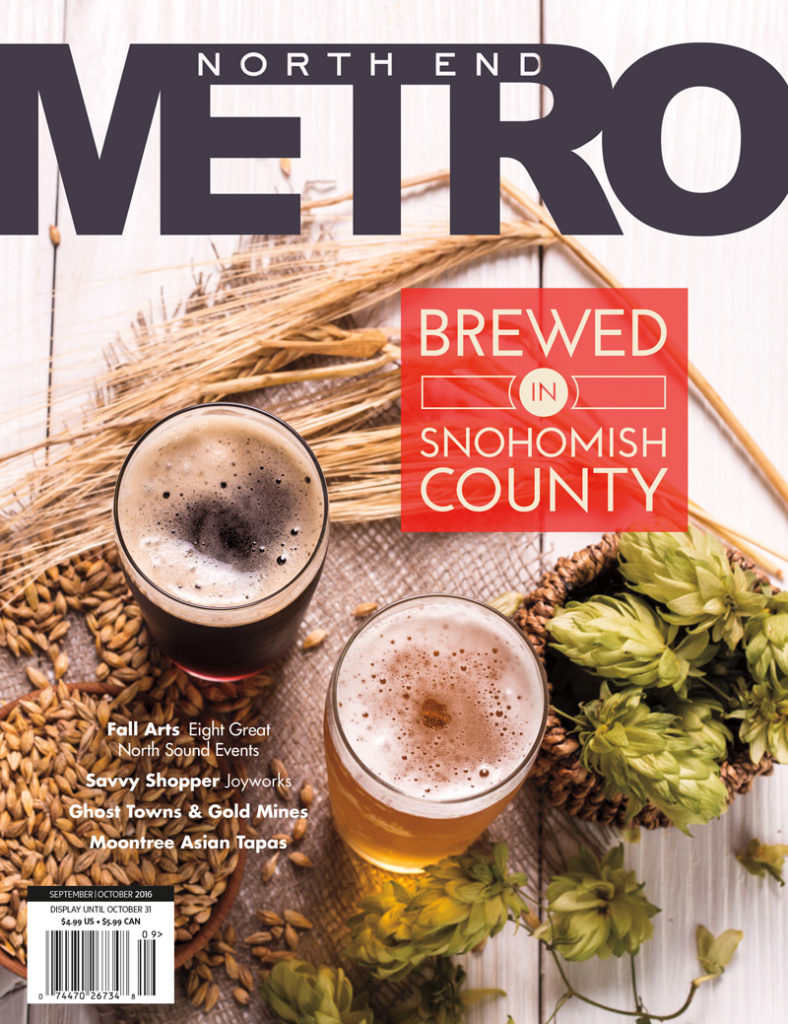 As the leaves turn to russet and golden tones and our thoughts turn to ghosts and witches, fall becomes the perfect time for charging or gassing up the car and taking a good old-fashioned road trip around the byways and scenic routes of our beautiful area. Among the whale-watching viewpoints and mountain vistas are little tiny pieces of history. You have to look closely to find them, but they are there, hidden in the knotweed and brambles of our countryside. These lost communities were places where coal miners and risk-takers, prospectors and adventurous women took to the rails and wagon roads and settled far away from home. Some came seeking fortune, some escaped bad situations at home, and some wanted to make life anew on a brand new frontier where new ideas could be planted and sown. Some made fortunes, many didn’t.

A drive down the North Cascades Highway is a trip back in time. While the North Sound may have been founded by white settlers on the riverbanks and creeks of our now-established towns, the destinations of most folks and their concomitant bars, dance halls, pharmacies, and markets were the Pilchuck Mountains and the North Cascades for one shiny reason—gold. Chancellor was one such town, built on the risk and danger of gold mining, it was a small boom town fifteen miles over Hart’s Pass. Established in the 1800s, Chancellor was home to hotels, a barber shop, a blacksmith shop, a sawmill, a power plant, a general store, and a saloon. At its peak, 3,000 people lived in Chancellor. Life in Chancellor was not easy—the terrain, weather, isolation, and general hardship of carving a life out of mining took its toll. Folks abandoned Chancellor somewhere around 1900. Access today is from Mazama on the other side of the mountains. You’ll find a few collapsed cabins and debris—there is not much left of the formerly bustling community.

Just outside Sedro-Woolley off of Route 20 on Harrison Road is the little ghost town of Cokedale. Cokedale boomed until it didn’t from the 1890s until 1921. Much of what remains of Cokedale is on private property, but appears to be visible from Harrison. There are a few structures left. There were high hopes that this coal mine would churn out quality coal that could rival the east coast, but the coal ended up weak and soft, and it had to be brought out in small pieces, making the mining operation slow and painstaking—not really within the ethos of mining.

Next stop on your tour is actually still a town. Maybe there is something to that socialism thing, because Edison is still a thriving little community, with galleries, cafes, a great bar, antique shops, and fine woodworking. A lovely drive along Bow Hill Road through tulip and berry country lands you right in the center of town. In 1897, this gem of a town was founded as The Equality Colony, a national headquarters for a socialist utopian movement known as the Brotherhood of the Cooperative Commonwealth. The Brotherhood published a newspaper called Industrial Freedom. The goals of the colony were to provide colonists with financial, material, and moral support from a centralized group of trustees. At its height, Edison had 3,000 residents. Internecine conflicts prevented the socialist movement from taking hold, which sounds kind of familiar today. At present, Edison is home to about 133 people. As befitting many a socialist utopia, Edison produced a great journalist, Edward R. Murrow. Edison is a great day trip, and a wonderful place to take in an art show at Smith and Vallee, grab a sandwich at Slough Food, or dance the night away at the Old Edison Inn.

Our last visit is far-flung and quiet, the little town of Freeland on Whidbey Island. Freeland is also still a small community, and also has roots in socialist utopian colonization. With 2,035 residents as of the last census, Freeland fared better in population than Edison over the years. The Free Land Association out of South Dakota sought out the platted-yet-undeveloped town for their experiment, which would give each member of their society free land. Though the good intentions soured and the town went bankrupt in 1920, the charming little coastal town just south of Coupeville still stands today.

"Among the whale-watching viewpoints and mountain vistas are little tiny pieces of history. You have to look closely to find them, but they are there." 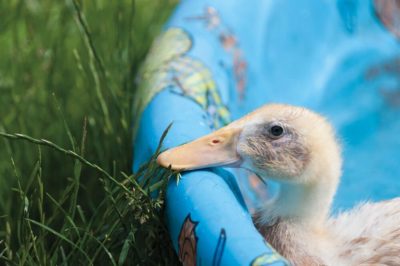 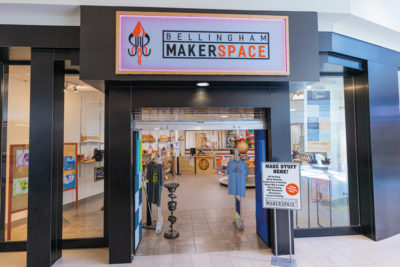