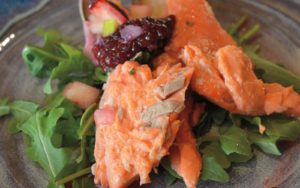 Eat, Drink, Read, Repeat with Life Between the Pages 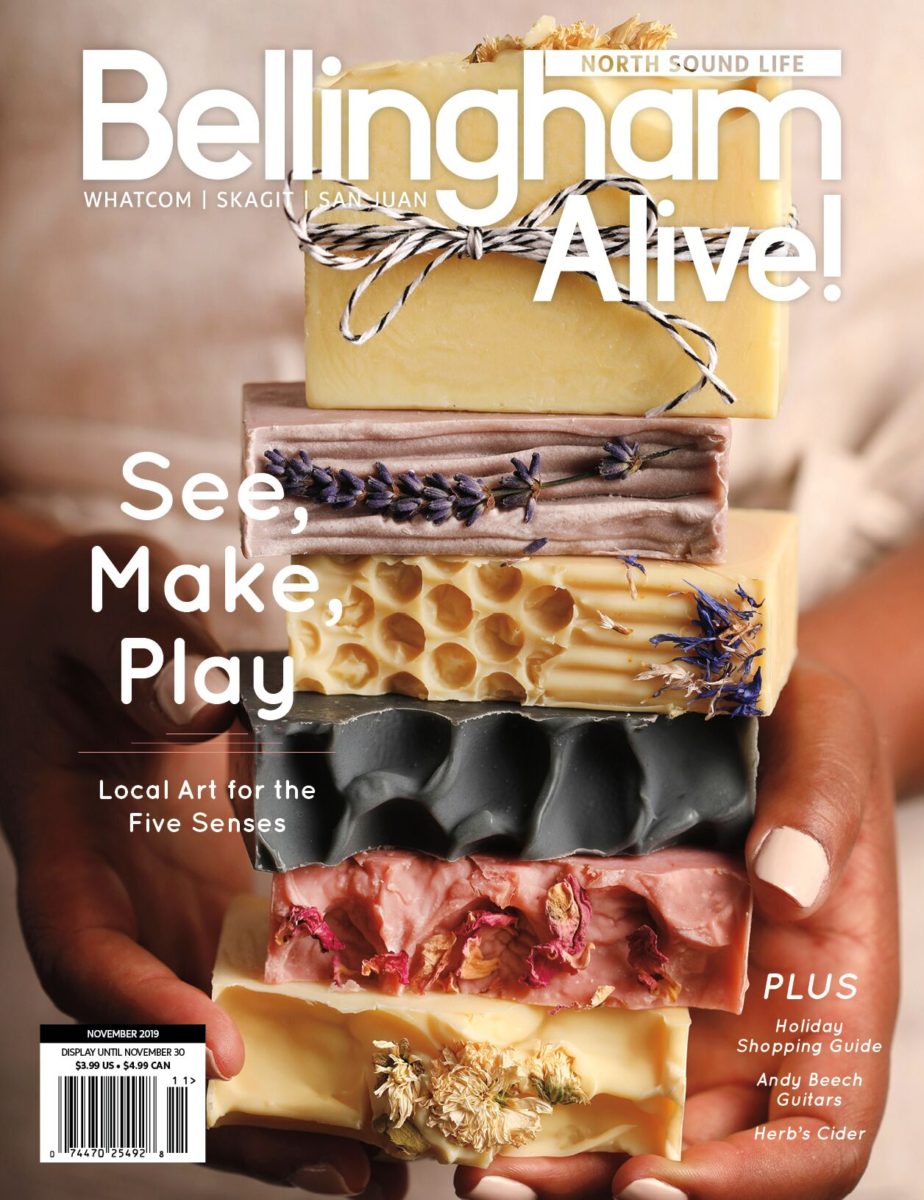 On a brisk September evening, I headed to Bellingham’s beloved Village Books to experience Life Between the Pages, an exclusive culinary book club hosted by Village Books, Evolve, and a rotating local bar. Each month, co-owner and chef of Evolve Chocolate + Cafe, Christy Fox, whips up a five-course meal inspired by a book. To pair with the meal, a local bartender serves up drinks. Working my way up to the bookstore’s third floor, I was greeted by delicious smells coming from Evolve, where Chef Fox had worked tirelessly to prepare five unique courses for the evening’s meeting. Working with her was mixologist Holly Smith from Galloway’s Cocktail Bar.

Diana, an employee at Village Books, served as moderator for the night, prompting the discussion for the month’s book club pick: “Food of a Younger Land: A Portrait of American Food from the Lost WPA Files” by Mark Kurlansky. Kurlanksy’s book chronicles the food habits of Americans during the Great Depression, an era before fast-food restaurants and chains became staples of American cuisine. In addition to a quirky slice of American history, the book also offers recipes, photographs, and anecdotes.

To start off our literature-inspired dinner, Smith concocted a cocktail called the PNW Trail, featuring Rainier cherry vodka, huckleberry liqueur, and marionberry hopped cider. Citing her inspiration for the drink, Smith told stories of hiking the Pacific Northwest as a child and picking berries along the way. The matching dish was a smoked salmon appetizer, also inspired by local eats.

Up next was the Nor’Easter, a cocktail inspired by the book’s section on Northeast Eats. This less-fruity drink was made with rum, maple syrup, black currant bitters, and an orange twist. While stronger and darker than the previous drink, Smith once again wowed my taste buds. Chef Fox offered up an equally yummy mushroom plate, complete with pickled pumpkin and toasted pepitas.

The third course was titled The Midwest Eats, again taken from the pages of Kurlansky’s book. The Great Lake side cocktail featured gin, tomato coulis, and rosemary oil, topped with a speared aged cheddar. The main entree of the night was a plate of rabbit with a side of perfectly seasoned potatoes.

The fourth course was the perfect bridge between dinner and dessert, inspired by the book’s Southwestern section. The cocktail, dubbed by Smith the Open Sky, featured a unique lavender-infused vodka mixed with rhubarb liqueur, honey, dandelion root, and egg white. The Jonny Cakes, which are similar in appearance to a pancake but made of cornmeal, were topped with squash confit, sheep’s milk feta, and a chili sauce.

The last course was my favorite. As someone who hails from the south, this South Eats section wowed me. Smith’s cocktail, named Soul Sister, was a beautiful mix of 100 percent rye whiskey, cognac, butterscotch schnapps, cream, and peach bitters. Not to be outdone were Chef Fox’s marinated peaches, perched atop an allspice pound cake, served with an exceptional whiskey ice cream.

Although Life Between the Pages is on hiatus for the holiday season, the owners at Evolve plan to revive it come January of 2020. If you’re interested in joining this ever-so-lavish book club, check the Evolve website on December 1 for the month’s book announcement. In the meantime, stop by Evolve to try one of their delicious meals, pick up a new book from Village Books, or go relax with a drink at Galloway’s.

Cleaning and Clearing the Way for Fish