The Architect Who Fell in Love With Kitchens

Marshall Dobry grew up knowing he wanted to be an architect. A Nebraskan by birth, he moved to the West Coast when he was a boy and never left. After graduating from architecture school during the Vietnam War, Dobry went into the Air Force, where he designed office buildings. From there, he moved to Los Angeles, where a former architect teacher took him under her wing.

One of their first projects together was a house remodel. As part of the project, they worked with an 86-year-old kitchen designer.

“She was listening to clients and would speak for the clients,” Dobry explained. When the remodel was finished, it was the kitchen the clients couldn’t stop oohing and ahhing over. Officially captured by the world of kitchens, Dobry decided to start his own business.

What sets Dobry apart from other designers is his architecture background and laser-like attention to form and function. For Dobry, true kitchen design is not about decor or putting materials together, but about creating a kitchen that addresses his clients’ lifestyle needs.

In this way, Dobry is known for revolutionizing how we think about kitchens. Back in the day, kitchens were often separate from the rest of the house — isolated work areas typically meant for wives and mothers. Many kitchens followed the “work triangle” model, with three fixed points: sink, stove, and fridge. Dobry questioned this notion right off the bat. Why not bring the kitchen into the center of the house and make it a place for living? Why follow the rules?

In this vein, Dobry wants to know about your life before he designs your kitchen. Do you have pets? He’ll make a dedicated space for their food and water bowls, so they’re not in the way. Does your house have a great view from a certain direction? He’ll install a window so you can gaze at this view while chopping onions. Love to watch TV? He’ll design a space that lets the kitchen flow into the TV room. Love to entertain? He’ll figure out a space perfect for accommodating guests.

His client list speaks for itself. In his 30 years of work, he’s designed custom kitchens for high profile celebrities like Sting and Wolfgang Puck.

“I have learned a lot from the wealthy and famous,” he says, “because they can afford to experiment with new ideas.”

Dobry moved to Bellingham in 2004, seeking a quieter life than his life in Los Angeles. For years, he operated a showroom in Fairhaven.

Talking to Dobry, I got the sense that kitchens are his raison d’etre, and for good reason. He’s really, really good at designing them. When we spoke, Dobry showed me 3-D blueprints for a house he’s working on in Bellingham. Dobry hand-draws all of his models on a computer, and the results are incredibly fun to look at. The before-and-after kitchen he showed me went from a cramped space with few cabinets to a dynamic working area that made use of an island that flowed seamlessly with the rest of the house.

To him, kitchens are a puzzle to solve. He enjoys looking at an impossible space and making the most of it.

Beyond his design abilities, he also has local connections that help bring a project to life. He works with Hertco Kitchens in Ferndale to make custom cabinets for clients, and enjoys “playing cupid” by matching different professionals on a given project.

Want to experience Dobry’s talents firsthand? If your kitchen needs some love, he offers free consultations in your home, and is always willing to work within your budget. 360.966.3929, kitchendesignstudio.net

Home for the Holidays 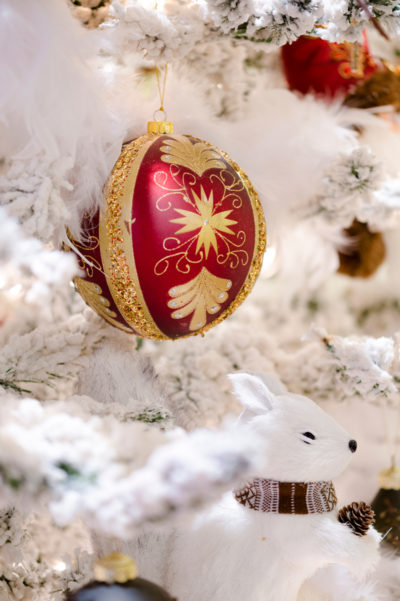 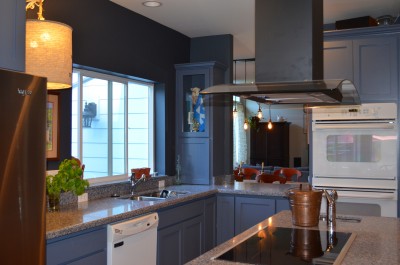