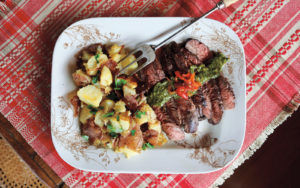 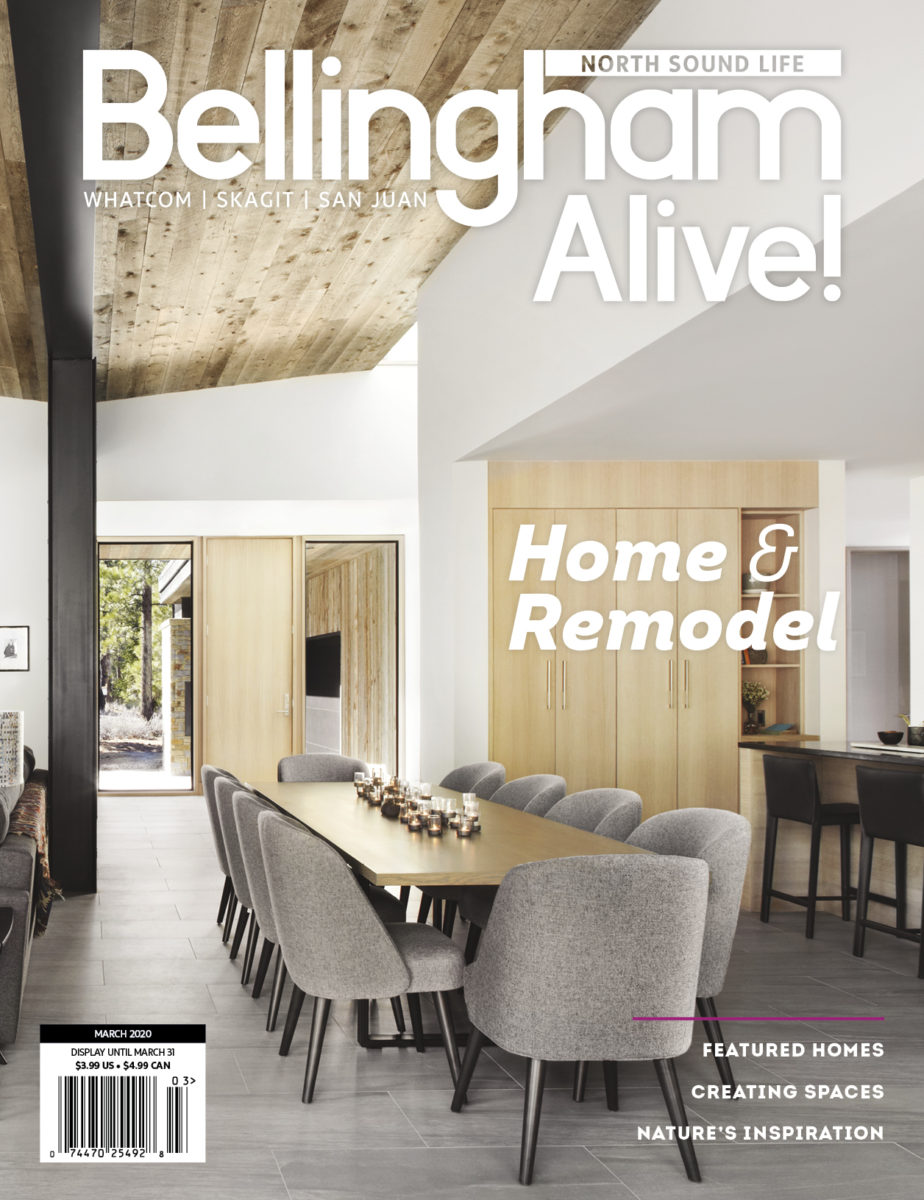 The Skagit Challenge – how many Skagit Valley growers and producers are making up your meal? This recipe counts three farmers, one rancher, and one brewer. With over 80 commercial crops grown in the rich, alluvial soils of the valley, take your pick throughout the entire year. To complement the chimichurri, we paired this meal with Garden Path Fermentation Honey Tripled Triple Ferments.

Briefly pulse the garlic and shallots in the food processor. Add the fresh herbs, salt, and spices. Pulse. Drizzle the olive oil and vinegar into the mix. Can be served immediately. Stores up to two weeks.

In March, grilling outside in the Pacific Northwest may not be top on anyone’s list. However, pan-searing is a fantastic option.

Heat a cast-iron skillet over medium heat. Add a small amount of oil, enough to lubricate the pan but not cause splatter. Place the meat in the pan. Sear until slightly caramelized and the meat has created a seal, allowing it to release from the pan. Do the same on the other side. Repeat. Cook until desired doneness and/or internal temperature is reached. Rest 10-15 minutes. Remove the inedible membrane running down the center of the cut prior to slicing.

If potatoes are large, slice in half. Boil for 30 minutes until just tender, not falling apart. Pour half of the olive oil in a 9”x13” baking dish. Place the potatoes in the dish. Smash with a potato masher. Sprinkle with salt and the remaining oil. Roast until crispy and golden brown, 35 – 40 minutes.

Early spring is the seasonal lull before the storm of early summer harvests. However, the tender leaves of French Sorrel are in full force. In addition to farmstead sheep cheese, Harmony Fields grows certified organic fresh and dried herbs. This winter-hardy sorrel brings a bright, lemon flavor to the chimichurri. These early spring herbs are available in April and May at area farmers’ markets and the Harmony Fields Farmstand.

Trust your seasoned farmer to know which garlic to grow — one that has thick, crisp, easy-to-peel, and spicy cloves. Waxwing Farm in Mount Vernon grows certified organic vegetables, including heirloom and Ark of Taste varietals that thrive in the Pacific Northwest. Their loyal farmstand and CSA customers know their garlic . . . and cook with no other.

Skiyou Ranch 100% grass-fed, organic beef can be found at the Bellingham Community Food Co-op year-round. Their fourth-generation ranch exceeds the Five Provisions of animal welfare, translating into flavorful cuts sought after by both chefs and home cooks alike. Featured in this recipe is the Hanger Steak, second only to tenderloin in tenderness.

Want to find the reddest of red potatoes? The cool, maritime summers of the Skagit Valley produce that prized, brilliant red color. Hughes Farms, a fourth-generation family farm, can clean, pack, and ship 500,000 pounds of potatoes a day. Many go to markets across the US as well as overseas. Locally, find their red potatoes in bulk or 5-pound bags at many supermarkets, including Haggen, Albertsons/Safeway, QFC, and Fred Meyer.

Owners Amber Watts and Ron Extract spent over a year and a half cultivating their wild, Skagit yeast strain before even beginning commercial production. Each batch of beer can take anywhere from 4 to 6 months, unlike the two-week turn-around typical to beer production. Their Skagitonian Honey Triple complements the brightness of the chimichurri and the rich, caramelized flavor of pan-seared steak.

For more recipes, check out our Dine section here.

A Year in Cocktails 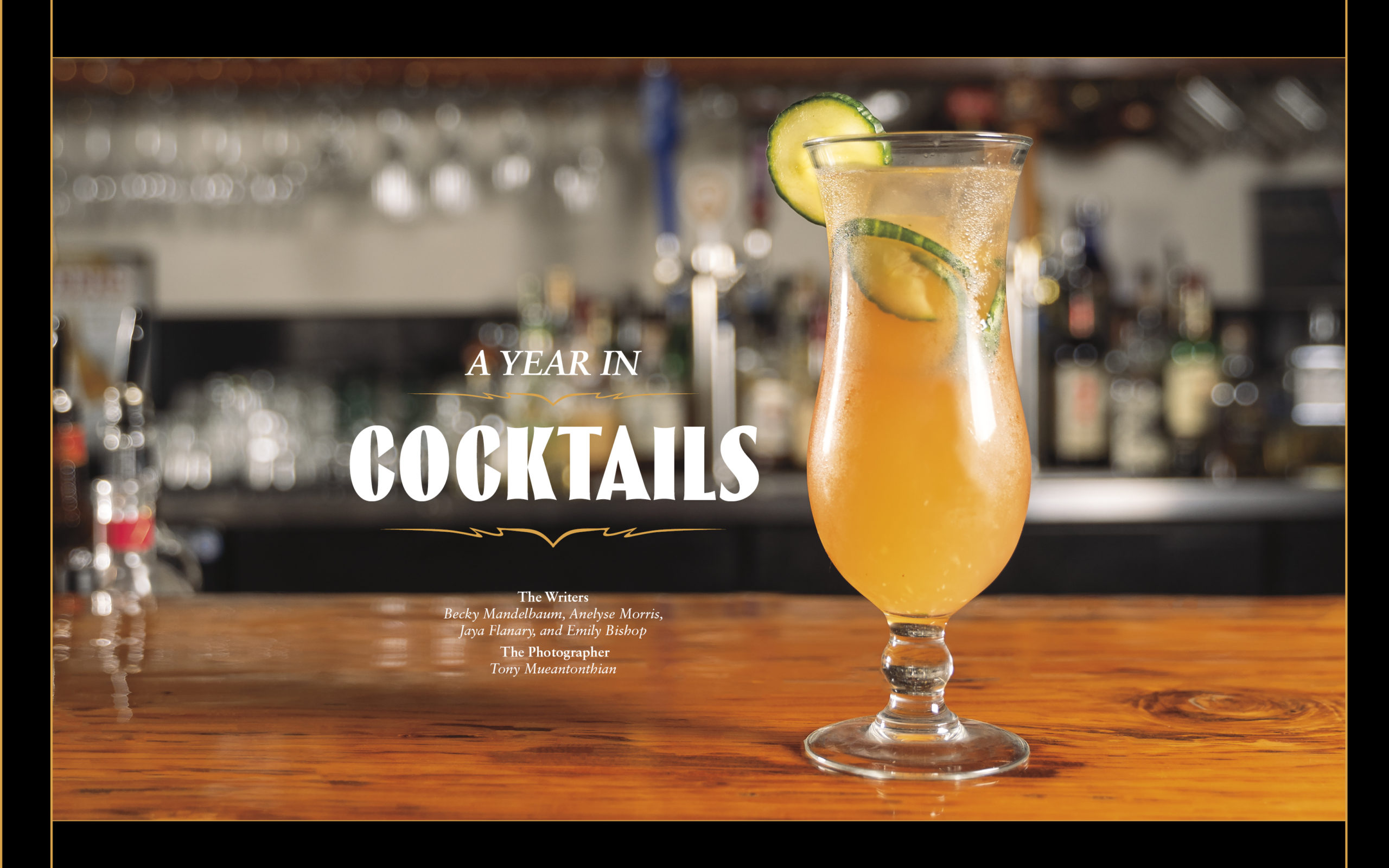