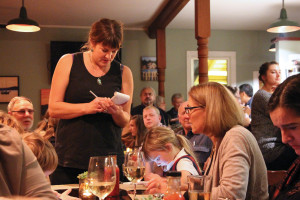 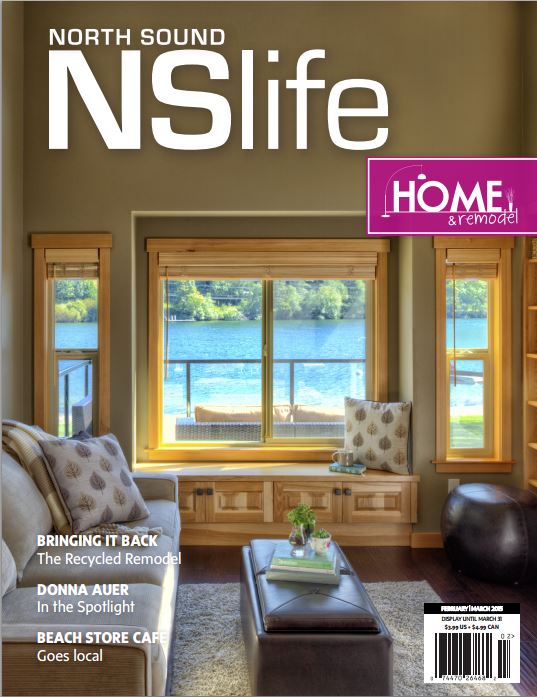 To visitors who don’t head to Lummi Island often, the changes to the Beach Store Café will seem subtle. At first glance, the restaurant looks the same with its cozy interior, warm wood floors, and waterfront view—albeit with fresh paint, sound panels, and woodwork. But in November, the restaurant re-opened under new ownership and with it comes revisioning.

Just a 20-minute drive and 10-minute ferry ride from town, the Beach Store offers ‘Hamsters an evening getaway with a small community flavor you can’t get in town. You’ll know it when you see it. The familiar way the server chats with an island customer or the ferry crew grabbing burgers after their shift or a conversation about a fundraiser for the elementary school. It’s community camaraderie in action, and the new owners want to build on it to strike the right balance for islanders and visitors both. It takes the right combination of forces to make the restaurant work, says one of the new owners, Craig Miller.

Business and life partners Tess Winds-Johnson and Jason Brubaker have teamed up with Miller to take on the challenge. “The reality is we are on a tiny island in the Northwest, and it’s a very seasonal business,” said Winds-Johnson. But the trio believes being owner-operated and family friendly is crucial, and they hope to make the café the heart of the community for kids and adults alike, at the same time attracting off-islanders. Winds-Johnson grew up on Lummi, and has a special knowledge of island culture, as well as a background in hospitality and restaurant management. Brubaker has lived on the island for eight years, originally arriving to work as sous chef at The Willows under Miller, who served as chef there from 2004-08 and now owns a restaurant in Panama. Miller will divide his time between Panama and the island, thrilled to be working again with Brubaker, a close friend, and Winds-Johnson.

“Islanders have expressed a lot of excitement that all three of us will be operating again,” said Miller. “We have been overwhelmed by the support from the community, with many offers to work for free during preparation for the opening [in November].” It’s this local support that gives the café its unique vibe. And then there’s the trio’s professional backgrounds…they know how to serve up a great meal you won’t want to miss.

Open Thursday through Monday, with brunch on the weekends, the café’s new menu features high-quality comfort food with a focus on flavor, including hearty sandwiches, salads, burgers, fish and chips, and gourmet pizzas, as well as omelets and scrambles for brunch. A daily happy hour runs 4–6pm. Though the menu isn’t large, it will offer variety to reflect the season. Miller specializes in ethnic flavors so look for Thai, Indian, and Mexican dishes—likely as daily specials. Brubaker is sensitive to gluten-intolerant patrons, and developed the fish and chips to be gluten-free. The restaurant will source ingredients from the island when available, particularly produce starting in early spring and reefnet salmon in summer.

Friday night is live music night (7:30–9:30pm), and though the space is small, it’s just possible the tables will be pushed back for impromptu dancing—that’s how the island rolls. Most of the musicians hail from the area. Past performers include the Prozac Mountain Boys, Madeleine Easton, Broken Bow Stringband, and islanders Russ Thompson and David McAdams. The upcoming lineup features Chuck Dingee on February 6 and Sassafras Stomp on Thursday, February 19, touring from the East Coast and performing on an off night. (If you’re a band of four or fewer, feel free to get in touch.)

Saturday evenings have evolved into wine nights, says Winds-Johnson, with the restaurant’s wine expert, Ryan Wildstar, on hand to talk about wines. He often ends up pouring wine and taking tastes to customers, and the evening has a different vibe from Fridays.

Winter hours are Thurs. and Mon., 4–8pm, Friday, 4–10pm, and Sat./Sun., 9am–8pm. Summer hours are still firming up. Keep an eye on the website (beachstorecafe.com) for music and fundraising events, menu changes, and other announcements. February will feature a fundraiser involving pizza and karaoke. Ferry fare is $13 for car/driver and $7 for passengers (18 and under free), but it’s easy to park at Gooseberry Point and walk across. The café is just three minutes from the dock.

"Saturday evenings have evolved into wine nights, says Winds-Johnson, with the restaurant’s wine expert, Ryan Wildstar, on hand to talk about wines." 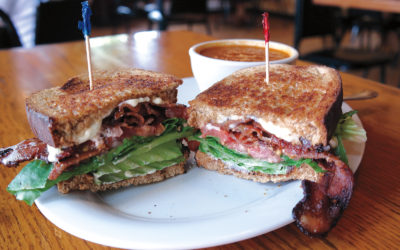 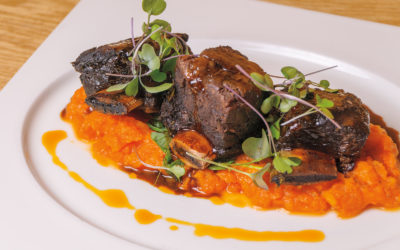